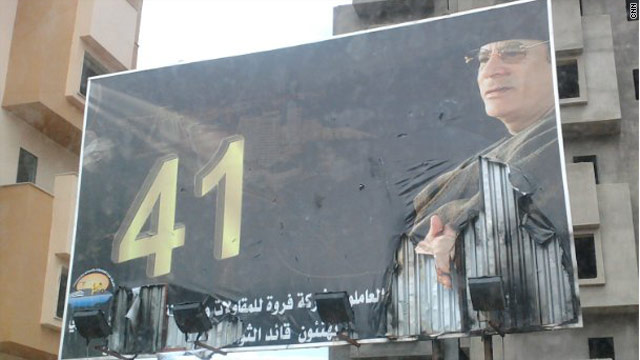 A woman who said her son was shot told CNN, "Blood is all over the streets."

A witness in Zawiya, west of Tripoli, said people supporting Gadhafi came into the city square and the clashes began.

Saif Gadhafi: This is media warfare

In Libya, Al Qaeda could step in
RELATED TOPICS

Two sources told CNN that seven people have been killed.

In addition, 40 people were wounded, one witness said, adding that the city is controlled by anti-Gadhafi forces.

Protesters have taken over the military base and were distributing weapons to civilians, a witness said.

The woman whose son was shot said unarmed people were being fired on indiscriminately and that she believed far more than seven people were killed.

She said it was not clear who the people were that were shooting. Many seemed to be African mercenaries, but they may have been people from the government or military, she said.

The hospital in Zawiya is "a disaster," she said, adding that some shooters were coming to the hospital and insisting that no one was killed.