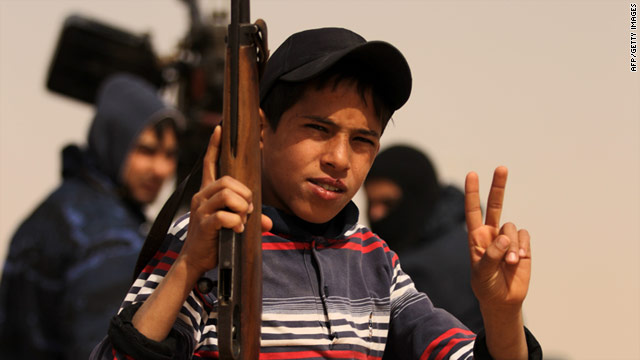 Washington (CNN) -- As the debate continues over whether the U.S. should involve itself directly in the upheaval in Libya, millions of dollars of American aid is arriving there already.

Safety concerns mean U.S. disaster experts have been unable to enter Libya to see first-hand the dimensions of the humanitarian crisis, State Department officials said Monday, but U.S. partners are dispensing assistance. Most of that aid is moving to the eastern part of the country, controlled by rebels fighting Libyan leader Moammar Gadhafi.

Nancy Lindborg, assistant administrator of the United States Agency for International Development, said the U.S. is working with the United Nations and private organizations to provide urgently needed supplies inside Libya.

"One of the greatest concerns inside Libya is, first of all, health needs, both urgent and just the regular primary health care needs, and ongoing food security challenges, which is why the emphasis for work inside Libya has been on the health and on food security needs," Lindborg said at the State Department.

"I want to underscore that we are already and have been for some time now providing assistance directly inside of Libya," Lindborg said.

She and Eric Schwartz, assistant secretary of state for population, refugees and migration, just returned from the Libyan border with Tunisia, where thousands have sought refuge from the political upheaval. An estimated 140,000 people remain in Tunisia, and more than 110,000 are on the Egyptian side of the border. The U.S. has provided $21 million for assistance both inside Libya and to refugees along its border.

The U.S. says that despite lack of direct American supervision, the aid is reaching people in need.

"I think we can say with a high degree of confidence that the assistance that has gone in is going to good use," Schwartz said. "The international and non-governmental organizations with which we work, we have worked with for many, many years. They have established very careful protocols for the distribution of assistance, even in highly uncertain and fragile environments."