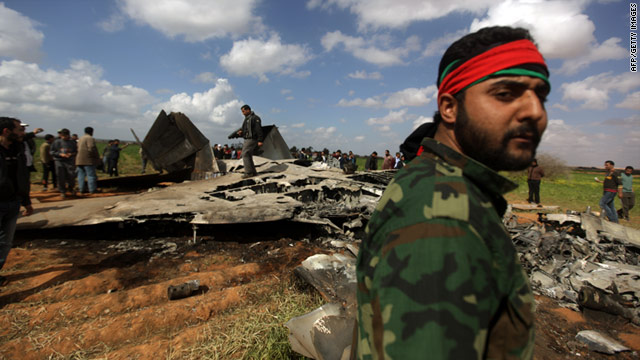 So far, Qatar is the only Arab country that has contributed planes to the mission.

The official, who could not be named because of the sensitivity of the diplomacy, said several Arab states are in the process of finalizing their plans, adding the Obama administration was "confident we will have further concrete contributions of different kinds" for enforcement of the resolution in the next two to three days.

NATO is in the process of finalizing the exact structure for command of the mission, the official said, adding that NATO would play a "key role" as part of a wider effort that would include Arab states and other nations. NATO has a long history of working in partnership with nonmembers, the official noted, citing missions in Afghanistan and Kosovo.

The official added that the U.S. will revert to a supportive role in the next few days, which could include jamming of Gadhafi's communication, refueling and intelligence support.