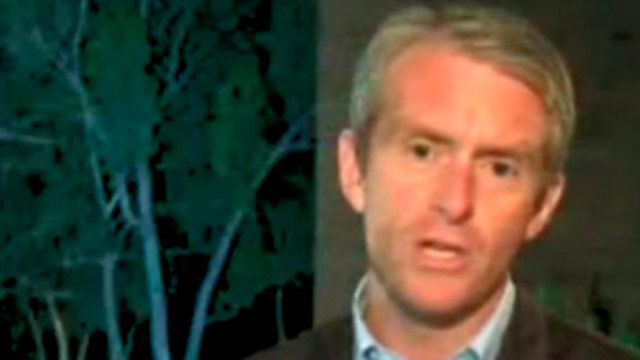 Tripoli, Libya (CNN) -- A CNN correspondent on Monday angrily rejected a report by the Fox network that he and other journalists were used as human shields by Libyan leader Moammar Gadhafi to prevent a missile attack on his compound.

The Fox story, labeled "exclusive" and posted on the Fox website Monday, said the presence of news crews from CNN, Reuters and other organizations forced a British aircraft to call off firing seven Storm Shadow missiles at the area that already had been hit.

"Officials from Libya's Ministry of Information brought those journalists to the area to show them damage from the initial attack and to effectively use them as human shields," said the Fox report.

According to the Fox story, the curtailed strike "led to a great deal of consternation by coalition commanders."

The man who set off revolutions
RELATED TOPICS

Nic Robertson, a veteran CNN correspondent who was part of the CNN crew cited in the Fox story, called the rival network's report "outrageous and hypocritical."

Robertson said a Fox staffer was among the journalists on the trip -- a fact left out of the Fox report -- and that the journalists in the group were hurried through their trip by their minders.

"To say it was a human shield is nuts," Robertson said, later adding: "I expect lies from the government here. I don't expect it from other journalists. It's frankly incredibly disappointing."

One of the writers of the story, Fox's Jennifer Griffin, clarified her story Monday evening. Griffin said she had been unaware that a member of the Fox team, a security guard, was given a camera and went on the trip to Gadhafi's compound.

"I have since learned that Fox did indeed go. I did not know about that earlier today. That is my mistake and I apologize for the error," Griffin said on Greta Van Susteren's show.

The Times of London -- which like Fox is owned by Rupert Murdoch's News Corporation -- backed the Fox version of events in a front-page story Monday.

"The Times and other foreign media effectively became temporary human shields on Sunday night when we agreed to be bussed in by officials to Colonel Gadhafi's main compound in Tripoli to visit the site of an allied missile attack," Deborah Haynes wrote in a story datelined Tripoli.

The paper also cited a government spokesman as saying that "thousands" of civilians were at military facilities and other potential targets. It said another source said some of them were being held against their will.

The incident involved a trip Sunday night arranged by Libyan authorities to the Gadhafi compound that had been bombed earlier by coalition forces.

Robertson said the 40 or so journalists on the bus weren't told ahead of time where they were going, and that there was no attempt by the Libyan minders to restrict anyone from getting on or off the bus before they left.

Upon arrival, the journalists spent about 20 minutes at the damaged building and then were hurried to a tent where they waited with Gadhafi supporters for him to appear, Robertson said. Gadhafi never showed up, and the journalists went back to their bus and departed, according to Robertson.

A government official even pushed him onto the bus as he tried to broadcast a live shot at the end, Robertson said.

"If they wanted to use us as human shields ... they would have kept us there longer," Robertson said. "That's not what happened."

Robertson noted that the sole participant on the trip from Fox wasn't normally a reporter or videographer, but was given a camera and told to go along. In general, Robertson said, the Fox team in Tripoli rarely goes on the reporting trips arranged by the government.

The CNN team goes in order to get whatever information it can to assess what happened and compare it to government versions of events, he said. Otherwise, he noted, the journalists are dependent on government-edited videotape that likely omits key details.

For example, U.S. officials called the Gadhafi compound a legitimate target because it included command and control capability, Robertson noted.

"We want to go and see; is it a command and control system? What are the telltale signs there that the government wouldn't want us to see?" Robertson said.

CNN'S Richard Allen Greene in London contributed to this report.