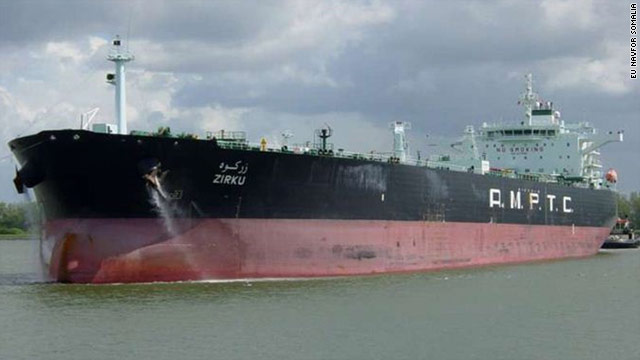 The Kuwaiti-owned MV ZIRKU vessel was on its way to Singapore from Sudan when it was attacked on Monday.
STORY HIGHLIGHTS
RELATED TOPICS

Two pirate skiffs attacked the Kuwaiti-owned MV ZIRKU about 250 nautical miles southeast of the Omani port city of Salalah, in the eastern part of the Gulf of Aden, the European Union Naval Force Somalia said in a statement.

The UAE-flagged vessel was on its way to Singapore from Sudan when it was attacked. No information is available at the moment on the 29-member crew, which included 17 Pakistanis, three Jordanians, three Egyptians, two Ukrainians, one Croat, one Iraqi, one Filipino, and one Indian, the statement said.