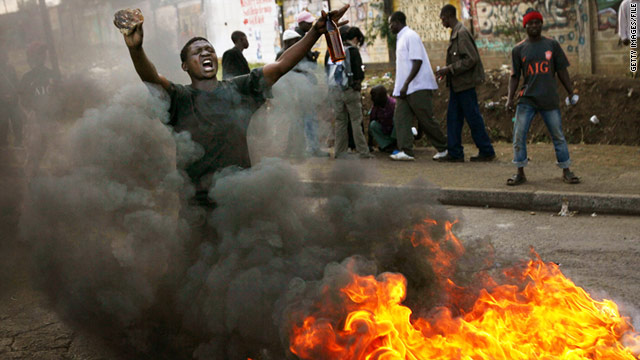 Nairobi, Kenya (CNN) -- Six Kenyan political leaders who are accused of crimes against humanity following the country's disputed 2007 elections will make their first appearance Thursday before the International Criminal Court in The Hague.

The court's top prosecutor, Luis Moreno Ocampo, named the six as suspects in December, claiming they organized violence that left more than 1,000 people dead and displaced hundreds of thousands more.

Last month, Kenya challenged the jurisdiction of the International Criminal Court, saying its own authorities will investigate and prosecute the cases on Kenyan soil. The Netherlands-based court calls itself, on its website, as "an independent international organization ... established to help end impunity for the perpetrators of the most serious crimes of concern to the international community."

Muthaura, Kenyatta and Ali are accused of committing or contributing to the killing, rape and other acts of violence against supporters of the opposition Orange Democratic Movement.

Ruto, Sang and Kosgey are accused of being co-perpetrators in the murder, deportation and commission of other offenses against supporters of Kenya's Party of National Unity.