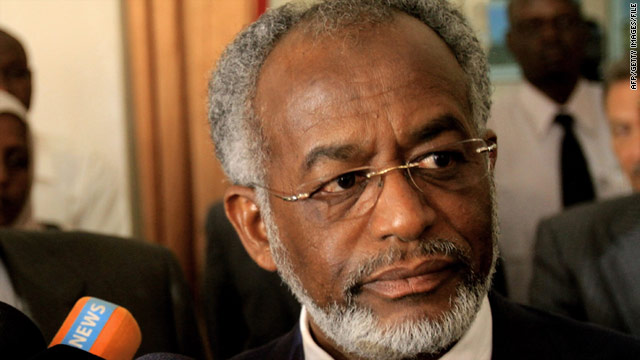 "This is foreign aggression," said Sudanese Foreign Minister Ali Ahmad Karti. "We know that it was an Israeli strike."
STORY HIGHLIGHTS
RELATED TOPICS

(CNN) -- Sudan on Wednesday blamed Israel for an airstrike that killed two people near the coastal city of Port Sudan.

"This is foreign aggression," Foreign Minister Ali Ahmad Karti said. "We know that it was an Israeli strike."

Karti said Sudan will be lodging a complaint with the U.N. Security Council.

It wasn't clear who was the target of the strike, which occurred Tuesday. One of those killed in the attack was a Sudanese citizen picking up a passenger who had arrived at the Port Sudan Airport, Karti said. The passenger's identity is still unknown.

Authorities have begun an investigation, he said.

CNN got Karti's comments from the Sudanese Foreign Ministry. The same remarks were made at a news conference

"We have no information that it would indicate there was a Palestinian in the car, as had been implied," the foreign minister said.

The Israel Defense Forces had no comment on the report.

Israel has identified Sudan as one of the countries through which weapons are smuggled to Hamas and other militant groups operating in the Palestinian territory of Gaza, and to Hezbollah in Lebanon.

Militants lately have stepped up their rocket attacks from Gaza into Israel.

Israeli Foreign Minister Avigdor Liberman told an Israeli reporter in 2009 that "Iran is using all resources and footholds for shipping weapons to Lebanon," and that includes Sudan.

"We have information from trusted sources that this is done, first and foremost, through Syria and Sudan," he said.

Karti said the attack "is meant to implicate us in terror-related activities." He argued that Israel doesn't want Sudan removed from the U.S. list of state sponsors of terror.

Sudanese authorities said that Israel struck a Gaza-bound arms convoy in Sudan two years ago, an attack that killed 39 people.

CNN's Nima Elbagir and Kevin Flower contributed to this report.