Report: Piracy at a record high 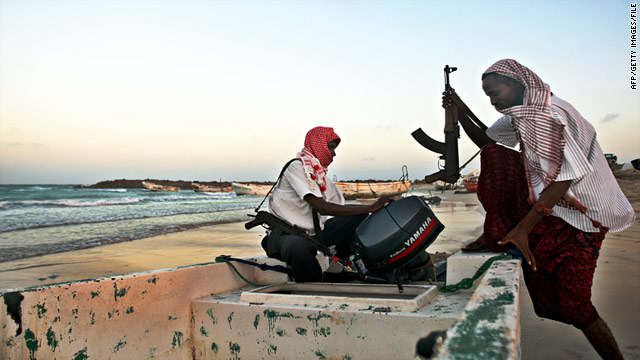 Maritime piracy may be at an all-time high, with 142 attacks reported worldwide in the first three months of 2011.
STORY HIGHLIGHTS

London (CNN) -- Piracy, mostly in the dangerous waters near Somalia, has surged this year and may be at an all-time high, according to a new report Thursday.

There have been 142 pirate attacks worldwide in the first three months of this year, according to the report from the International Chamber of Commerce's International Maritime Bureau.

And 97 of the attacks came off the coast of Somalia, the organization said.

"Figures for piracy and armed robbery at sea in the past three months are higher than we've ever recorded in the first quarter of any past year," said Pottengal Mukundan, director of bureau that has monitored piracy since 1991.

During these attacks, 18 vessels were hijacked and 344 crew members were taken hostage.

In the first three months of 2011, seven crew members have been killed and 34 injured, according to the report.

One of the deadly attacks occurred in February when four Americans were killed after Somali pirates hijacked their 58-foot yacht off the coast of Oman.

U.S. prosecutors announced this week that they had indicted a man believed to be one of the leaders of that pirate attack.