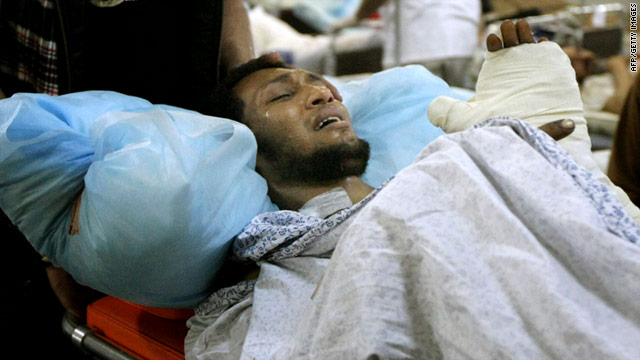 A rebel moving to an ambulance in an International Organisation for Migration ship evacuating him from Misrata, April 28, 2011.
STORY HIGHLIGHTS
RELATED TOPICS