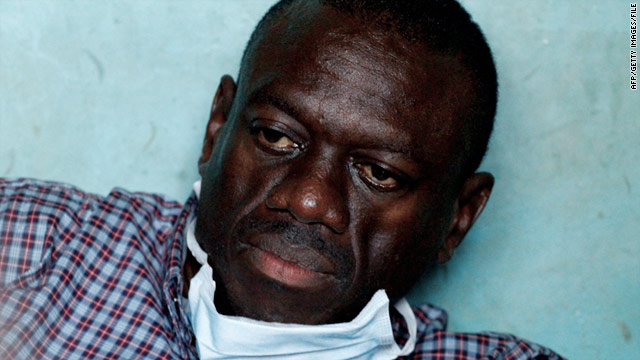 Opposition leader Kizza Besigye was detained a day after he was freed on bail following another arrest.
STORY HIGHLIGHTS
RELATED TOPICS

Kizza Besigye was detained a day after he was freed on bail following another arrest. He spent the Easter holiday in detention.

Besigye has vowed to "walk to work" to protest every Monday and Thursday, contending the government is manipulating prices of fuel and other commodities. He has been arrested a number of times this month.

During his latest arrest Thursday, men in civilian clothing smashed his car and pepper-sprayed him. He was then loaded in a police car.

President Yoweri Museveni has warned that anyone taking part in the walk is breaking the law and will be prosecuted.

The leader of the Forum for Democratic Change lost a February election to Museveni. The incumbent has led the east African nation for 25 years.

Besigye, a former doctor to Museveni, lost previous presidential bids in 2001 and 2006.