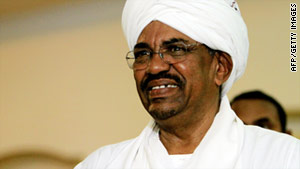 (CNN) -- Violence in the disputed oil-rich region of Abyei will jeopardize relations between north and South Sudan governments as the two sides gear up for a permanent separation in July, the United Nations said.

Northern Sudan's army clashed with southern forces in the region this week, killing at least 14, the United Nations said Friday.

United Nations Secretary-General Ban Ki-moon said he "is deeply concerned by the continued tension" in the area.

"The military standoff is unacceptable," Ban said in a statement.

South Sudan in January voted to split from the north, and is expected to officially become an independent nation in July.

However, the fate of the oil-rich Abyei region remains a flashpoint.

Sudanese President Omar al-Bashir said last month that his government would not recognize the new state of South Sudan if it claims Abyei.

Al-Bashir's declaration reneged on an earlier promise to honor the results.

On Friday, Ban urged the two sides to avoid claiming ownership of the area to avoid undermining a peaceful resolution.

"The parties must refrain from provoking each other or engaging in any military confrontation in Abyei as this could result in further loss of life and significantly affect the future relationship between North and South," he said.

Leaders of the north and the South have a range of issues to address as their separation nears, including Abyei.

Ban said the two sides should make negotiations on the disputed region a priority, joining the United States in calling for a resolution to outstanding concerns.

"It is important that both sides ... focus intensely on trying to resolve the key issues that have not been completed ... Abyei is one of them," Johnnie Carson, the U.S. assistant secretary of state for African affairs, said last month.

The referendum to split was part of a 2005 peace agreement that ended two decades of violence between the north and oil-rich south. The conflict led to the deaths of 2 million people, many from starvation.