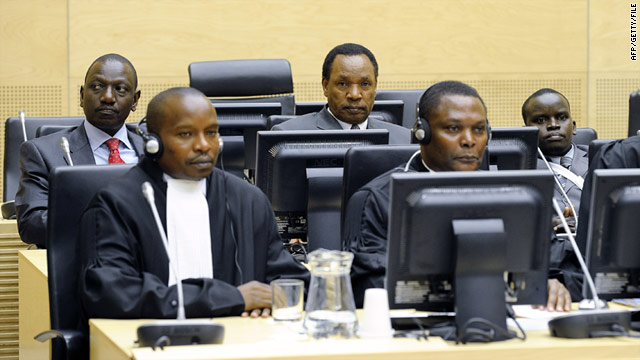 Nairobi, Kenya (CNN) -- Kenya plans to appeal an International Criminal Court decision rejecting a request that trials of six prominent men accused of crimes against humanity be held in their own country, an official said Tuesday.

The ICC determined there wasn't sufficient evidence that the government could deliver justice locally.

"I am surprised that the Pre-Trial Chamber II reached this decision without according, at the very minimum, on oral hearing to the government of Kenya," Attorney General Amos Wako said Tuesday. "This issue of giving an opportunity to the state party which has applied for it ... is fundamental to the development of international criminal law."

A day earlier the ICC determined that Kenya's application to try the men in its national court system did not "provide concrete evidence of ongoing proceedings before national judges, against the same persons suspected of committing crimes falling under the ICC's jurisdiction," the court said in a written statement,

The two groups of three come from opposite sides of Kenya's disputed presidential election.

Post-election chaos escalated into ethnic violence pitting supporters of incumbent President Mwai Kibaki against those of challenger Raila Odinga, who was later named prime minister in a power-sharing agreement.

Ruto, Kosgey, and Sang face four counts of crimes against humanity: murder, deportation or forcible transfer of the population, torture, and persecution.

Muthaura, Kenyatta and Ali are accused of committing or contributing to killing, rape and other acts of violence against supporters of the opposition Orange Democratic Movement.

Kenya had earlier challenged the jurisdiction of the International Criminal Court, saying its own authorities would investigate and prosecute the cases on Kenyan soil.

The Netherlands-based court calls itself, on its website, "an independent international organization ... established to help end impunity for the perpetrators of the most serious crimes of concern to the international community."