From Columbus S. Mavhunga, For CNN 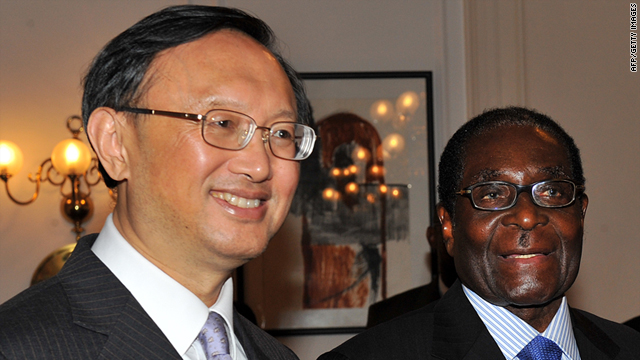 Harare, Zimbabwe (CNN) -- Zimbabwe's parliament has ratified a 20-year $98 million loan from China to build a defense college, despite objections from members of Prime Minister Morgan Tsvangirai's party that the poverty-stricken country should prioritize the spending in other ways.

Shepherd Mushonga, a member of parliament from Tsvangirai's Movement for Democratic Change party, said he was surprised that Chinese companies including Anjin Investments Private Limited -- which has interests in diamonds - had been contracted to construct the college that is being built about 20 kilometers (12 miles) north of Harare.

"We are talking of a law which says 51% of any business transaction must be for Zimbabweans, but in this deal Chinese have become Zimbabweans," said Mushonga in an interview Wednesday, repeating what he had said when opposing the passing of the loan facility in parliament the previous day.

Other members of parliament said the country needed to first address the ailing economy before constructing the college.

Zimbabwe's minister of defense, Emmerson Mnangagwa, told parliament that the college would offer "specialized military training and learning of security issues" taught by senior officials in defense forces and civilians both in the country and from abroad.

China has become a close ally of Zimbabwe, standing by it while the West ostracizes President Robert Mugabe for the long-term leader's poor human rights record.

Chinese companies have made inroads in Zimbabwe especially in construction industry.

The loan was the biggest international deal in years for Zimbabwe, which continues to be shunned by the West for its failure to service its external debt which is about $7 billion.