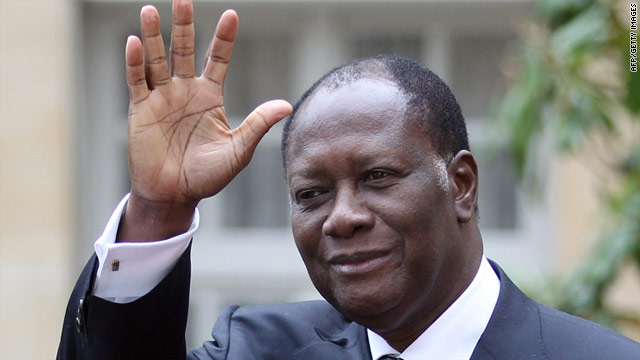 The mission is "particularly concerned about the increase of violent incidents and attacks carried out by elements of the RFIC (Republican Forces of Ivory Coast) against several villages," Guillaume Ngefa, acting director of the Human Rights Division of the U.N. Mission in Ivory Coast, said at a press conference Thursday.

"The alleged perpetrators of these serious human rights violations must be identified, pursued and punished in accordance with the law."

Recent attacks in southern and western Ivory Coast have left at least two people dead and dozens hurt. The United Nations denounced the use of heavy weapons to maintain order and called for the RFIC to be given sufficient and appropriate means to maintain law and order.

"The government and the RFIC authorities should initiate training for RFIC elements, especially on human rights and the basic principles on the use of force and the use of firearms by those responsible for applying the law," Ngefa said.

Nina Toure, spokesperson for the Ministry of Homeland Security, said the government is taking note but expressed some reservations about allegations of human right violations.

"Most of these allegations are supported by only interviews. If provided with solid proof, we will take immediate actions. We are committed to sanction any human rights violation, no matter the perpetrator," Toure said.

Sworn in after a six-month post-election crisis that left hundreds dead, Ouattara vowed to investigate the alleged atrocities, promote reconciliation and restore security and order. But so far the government is having a hard time getting police back into the streets and stations.

In the months after the November vote, violence between forces loyal to both sides left hundreds dead, and cases of enforced disappearances and sexual violence were reported. Human rights investigators said last month that they had found 10 mass graves near the commercial capital of Abidjan.

The U.N. accusations Thursday come on the heels of a similar admonishment by International Federation of Human Rights President Souhayr Belhassen, who said Tuesday that abuses were still going on in the West African country.

The new government must "commit to legal action against those responsible for serious violations of human rights from both sides," Belhassen said.