By Eric Agnero, For CNN 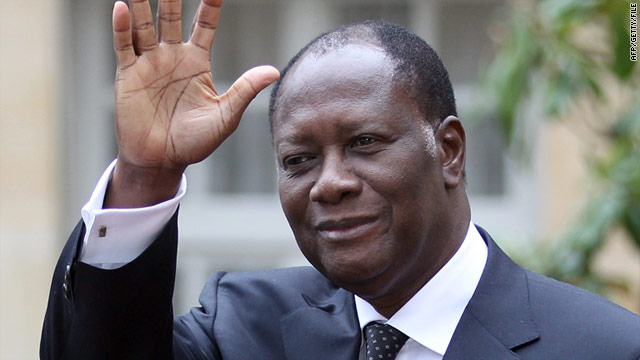 Abidjan, Ivory Coast (CNN) -- The Ivorian government announced the creation Thursday of a national investigation commission on the crimes perpetrated during the post-election crisis amid mounting pressure fom human rights organizations and the United Nations.

Bruno Kone, spokesman for the government, made the announcement on national TV, following a Cabinet meeting. The "national investigation commission will shed light on all the human rights violations perpetrated during the post-electoral crisis," said Kone.

"The president called for all investigations to be carried out without delay so that those responsible could be identified and be applied sanctions if needed," the statement added.

President Alassane Ouattara has recurrently promised no mercy for human rights abusers no matter which side of the conflict there are from. But Human Rights Watch pointed out earlier Wednesday in a statement by senior West Africa researcher Corinne Dufk that "no one from Ouattara's camp had yet been arrested for abuses committed during the post-electoral conflict."

"There is a growing divide between the Ouattara government's rhetoric that no one is above the law and the reality that justice appears one-sided and delayed," the statement said.

So far those who are under investigation currently, either by the military prosecutor or by the civilian prosecutor, are all from the former officials of the government of Laurent Gbagbo, said Suleiman Baldo, a member of a U.N. investigation team on Ivory Coast post-electoral violence.

U.N. High Commissioner for Human Rights Navi Pillay said she is concerned by the violence following the disputed election, including reports of summary executions, rape, torture and the use of children by parties to the conflict.

"We need concerted action designed to break the cycle of impunity, bring perpetrators to justice and rehabilitate victims in their rights and dignity," Pillay said in a statement Wednesday.

"Some of the crimes committed during the post-electoral crisis are particularly serious and might well constitute crimes against humanity," said Vitit Muntabhorn, who leads the commission of inquiry into Ivory Coast.

"This can be said, for example, of the generalized and systematic attacks on communities who were targeted because of their supposed political beliefs or their ethnicity."

More than 300,000 people are still displaced two months after the political crisis was settled, the U.S. State Department said this week.

Displaced people are further at risk because they are in areas with food shortages and the threat of disease, heightened by the rainy season.

Communal tensions are still high in the southwestern Sassandra region, where more than 280 civilians were killed last month by mercenaries on the run from the commercial capital of Abidjan, the U.N. refugee agency said.

"Many of the dead are buried in mass graves," said Melissa Fleming, a spokeswoman for the refugee agency.

About 17,000 people are displaced in that region, including an unknown number still hiding in the forest, she said.

Ouattara has urged the International Criminal Court to investigate major crimes committed during the political standoff.

This month, the United Nations called for investigations after reports of attacks by forces loyal to Ouattara in areas known to support Gbagbo.

"The new government must show zero tolerance for the behavior of some elements of the Republican troops who continue to commit exactions," Muntabhorn said.

The west African nation plunged into bloody chaos after a disputed presidential vote in November.

Incumbent leader Laurent Gbagbo defied international calls to step down after he lost the election to Ouattara.

Forces loyal to Quattara seized the Gbagbo in April, essentially ousting him and ending the political stalemate that had raged for four months.