Major offensive could be imminent in Sudan, monitors say 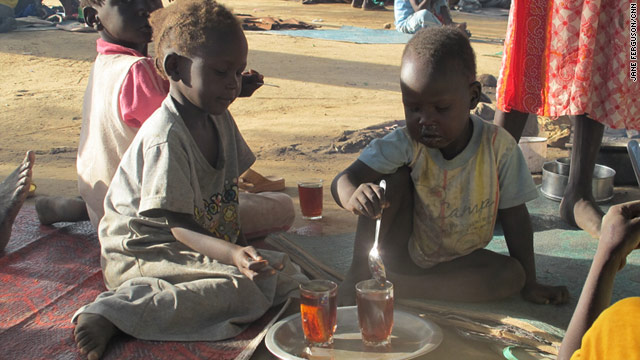 The decades-long conflict in the troubled region has killed millions of people and left many more displaced.
STORY HIGHLIGHTS

(CNN) -- A major military offensive may be in the offing in the northern Sudanese state of Southern Kordofan, a monitoring group said Saturday.

The images also reportedly show a camp of at least 300 temporary shelters clustered around the U.N. peacekeeping base north of Kadugli, evidence that thousands of civilians have been displaced, the group said.

"The images support reports from the ground that SAF soldiers remain locked in a tense conflict with elements of the Sudan People's Liberation Army, or SPLA, in South Kordofan. And the images reveal that SAF's deployment of forces is consistent with U.N. documents indicating that a major SAF offensive could occur soon," the Satellite Sentinel Project said in a statement.

Six months after the peaceful referendum, fighting between Khartoum's armed forces and fighters aligned with the SPLA has swept across border regions, including in Southern Kordofan.

The two sides fought a bitter and bloody civil war that went on for decades and killed two million people. The renewed clashes over land, oil and power threaten a fragile 2005 peace agreement and plunge the troubled nation closer to another outright war, longtime observers of Sudan say.

Fighting between the SAF and the SPLA erupted earlier this month near Kadugli, the capital of oil-rich Southern Kordofan state.

After July 9, Southern Kordofan will be a part of the North. The latest fighting followed disagreement over security arrangements and also the re-election of Ahmed Haroun as governor of the state. Haroun is wanted by the International Criminal Court for war crimes in Darfur.

The people from the Nuba Mountains in Southern Kordofan are northerners who aligned with the south's rebel movement during the civil war.

As independence drew near, Khartoum viewed the 30,000 or so fighters in South Kordofan who are loyal to the Sudan People's Liberation Movement as a threat and launched an aggressive offensive to disarm them, Jonathan Temin of the United States Institute of Peace has said.

Alarmed, global powers have stepped up calls for both sides to put down their weapons.

"There is no military solution," said U.S. President Barack Obama in an audio message recorded this week for the Voice of America broadcasting network.

"The leaders of Sudan and South Sudan must live up to their responsibilities," Obama said. "The government of Sudan must prevent a further escalation of this crisis by ceasing its military actions immediately, including aerial bombardments, forced displacements and campaigns of intimidation."

U.N. Secretary General Ban Ki-moon has also urged an end to the fighting in Southern Kordofan, which has displaced more than half a million people throughout the state, according to U.N. estimates.