Soweto's ultra-fast dance music: Can you take the pace? 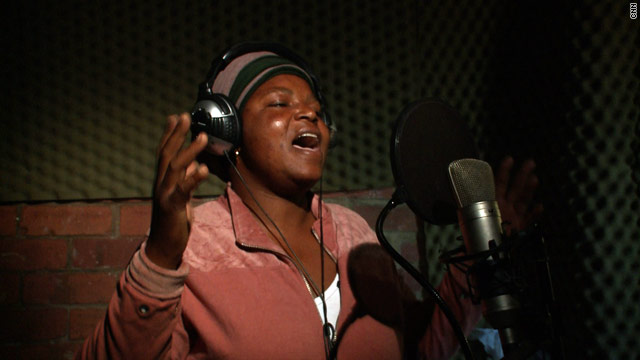 Johannesburg, South Africa (CNN) -- In a township rich in musical heritage there is a dance music emerging that is pushing dancers, and beats per minute, to the limit.

Travelers to South Africa will often visit the iconic township of Soweto, in Johannesburg, a place that played a pivotal role in the country's fight for democracy. But a lot has changed since the days of apartheid and music is no exception.

Every other weekend crowds have started to gather in the township to watch dance crews move to the ultra-fast beats of "Shangaan electro."

"The day I will stop pushing, is the day they will stop dancing," said Richard Hlungwani, the music producer at the center of the new Soweto sound.

On the music scene Hlungwani is better know as "Dog," but in his converted studio inside his Soweto house he's a musical mad scientist. Dog is constantly increasing the beats per minute in an effort to make his dancers move faster.

The music gets its name from the ethnic group in the Limpopo province of South Africa. But many Shangaan people, like Dog, moved to the big city in search of work and they brought their music with them.

"For you to be successful in music you have to be in Soweto, because that's where the dancers are," he said.

What Dog found in the township was a variety of musical styles and at the top of the dance scene was Kwaito, a form of hip-hop inspired by Soweto. The producer became determined to add Shangaan electro to the mix.

But adding extreme tempo to his traditional music didn't come without critics. Dog said he was often accused of trying to change the flavor of Shangaan.

"I said no, the toms (tom-tom drums) will still be there, because for the Shangaan, that's part of us, and the melody that goes with it will be there," he added.

Dog says that the only thing that won't be there is the bass and it's now the dancers that are urging him to speed up the music.

"I'm not pushing them, they're pushing me, those guys and those girls dance!" he added.

What began as a risk has paid off and Dog has now moved from weekend dance competitions to recording, marketing and selling his brand of electro.

"It was something we couldn't figure out what it was. Even my friend from South Africa, it wasn't exactly clear where it was coming from, or what they were saying, or when it was from," he added.

But confusion has given way to admiration and Glasspiegel is convinced others will feel the same way. He's organized a European tour for Dog and his performers that will take the group to 15 countries.

"What I like about Europeans is that they are willing to try something new, but I'm afraid they will end up wanting us every week because we are going to blow them away!" said Dog.

For Dog a new audience is a chance to spread his beats beyond South Africa. While he says he changed Shangaan to fit Soweto, he isn't about to slow the tempo now: instead, the world will just have to keep up.

"The world will go faster. It won't go at the pace it's going now," he said. "It will go a little bit faster, because Shangaan electro is going to do that."