U.S. suspends some aid to Malawi over violence 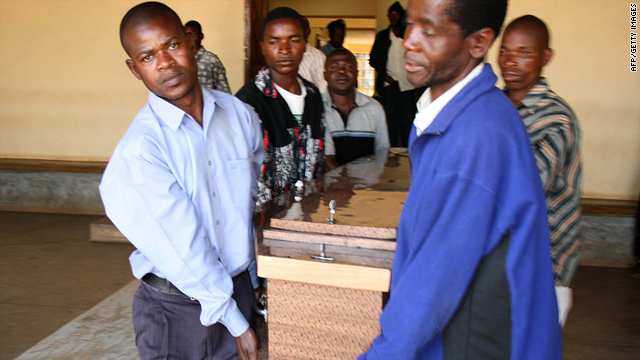 Men carry the coffin of a protester shot dead during demonstrations against Malawi's President in Lilongwe, Malawi, on July 22
STORY HIGHLIGHTS
RELATED TOPICS

Washington (CNN) -- The United States is withholding some of its assistance to Malawi in the wake of claims its government used force against protesters during demonstrations over the government's handling of the economy and other issues, officials said Tuesday.

The Millennium Challenge Corporation (MCC), a U.S. government agency that provides development assistance to countries that demonstrate a commitment to good governance, said it was halting all operations connected to a $350 million, five-year compact signed with the east African nation in 2007.

"MCC is deeply concerned by recent events in Malawi and is placing an immediate hold on all program operations in order to review its partnership with Malawi, including whether to recommend to its Board of Directors to suspend or terminate its assistance," the organization said in a written statement Tuesday.

The U.S. State Department condemned the Malawi government's use of force against demonstrators in a statement last week, and urged restraint by both sides.

MCC's compact with Malawi seeks to reduce energy costs to businesses and households and improve efficiency in the agriculture, manufacture and service sectors, along with supporting the preservation and creation of employment opportunities in the Malawian economy.