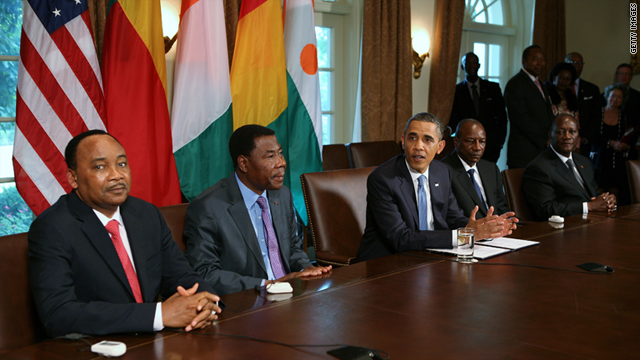 Niamey, Niger (CNN) -- The president of Niger announced that 10 people have been arrested in connection with an attempted coup last month, the first time the nation has confirmed the failed plot.

An additional suspect is on the run, President Mahamadou Issoufou said Tuesday night in a message broadcast on state media.

The coup attempt overnight July 12 is under investigation.

"The law will be applied in all its severity to those (who), without any objective reason, have decided to put an end to the choice of the people," he said.

Mahamadou won elections in March, ending a military transition that followed a February 2010 coup that led to the ouster of Mamadou Tandja.

His election was a major step toward democracy for the west African nation, which has had repeated coups since its independence.

The president confirmed the coup in a statement he delivered the night before the nation celebrated the 51st anniversary of its independence.

Last week, the Niger leader met President Barack Obama at the White House. During the visit, Obama applauded the visiting leaders of Guinea, Ivory Coast, Benin and Niger for promoting democracy despite risks to the lives.

The United States will be a "stalwart partner" as the four French-speaking African countries pursue progress, Obama said.