By Shashank Joshi, Special to CNN 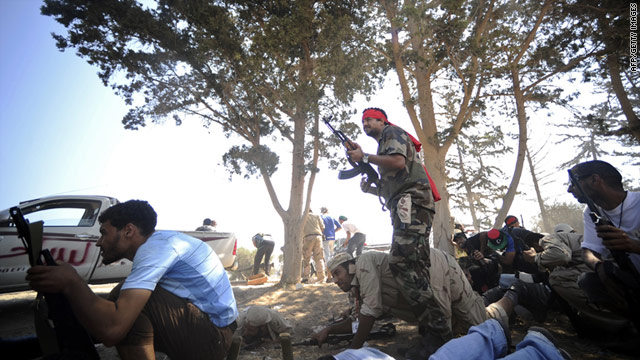 The rebel army, fighting against Moammar Gadhafi's rule, is made up of dozens of tribes.
STORY HIGHLIGHTS

Editor's note: Shashank Joshi is a doctoral student of international relations at Harvard University and an Associate Fellow at the Royal United Services Institute (RUSI) in London.

But are skeptics justified in arguing that the NTC is incapable of holding together serious tribal and regional divisions to the point where political order will simply collapse?

Consider the tribal question first. This requires some nuance. Libya has roughly 140 tribes and clans, and some traverse the country's borders with Egypt and Tunisia. But only a couple of dozen tribes are politically consequential.

Moreover, decades of urbanization have seen a dilution in tribal identity to the point where many in a large city like Tripoli would see little political significance in their membership.

Gadhafi's own tribe, the Qadadfa, is small -- only 100,000 strong -- and concentrated in Sirte, which might explain why the town appears to remain in government hands.

But the regime was built with the co-operation of other groupings, including the Warfalla, Magarha, Warshafana and Tarhuna. Parts of these tribes have enjoyed long-standing government largesse and are consequently resented by those with less access to patronage.

One of the NTC's greatest challenges is building institutions that can redistribute Libya's oil revenues in equitable fashion without giving the appearance of state-sponsored retribution.

The reaction to the death of rebel leader Abdul Fattah Younes hints at the instability that could result if grievances sharpen -- members of his tribe, the Obeidi, were furious at the NTC's perceived role in his death and responded with armed checkpoints and overt threats.

If similar problems arise without the common objective of regime change to hold the coalition together then that muscle flexing could escalate into something more corrosive to the rule of law.

It is important, however, to note that this does not mean an insurgency is probable. Much depends on the inclusiveness and sensitivity with which the NTC assumes the reigns of government.

Senior members of the NTC -- including Mahmoud Jibril, the presumptive prime minister in waiting -- have every incentive to tread carefully.

Lastly, is the revolution vulnerable to hijacking by Islamists? This is almost certainly an exaggerated fear.

Islamists are more prevalent than has been reported, in part because the NTC was afraid of alienating its international partners. This should not be surprising given the history of Islamist militants in eastern Libya and their participation in foreign wars. It should be admitted that we know little about their precise composition but it is alarmist to compare them to their battle-hardened Afghan counterparts.

They could take issue with some aspects of the pluralism envisaged by the NTC's draft constitution but even that liberal document promises that sharia, or Islamic jurisprudence, will be "the principal source of legislation."

In the short-term, the NTC will be forced to make messy compromises for the sake of political stability -- it must protect those parts of the population that may have assisted or tolerated Gadhafi's soldiers and empower those western Libyan fighters who bore the brunt of the war's fighting.

But over time, only a pluralistic and flexible constitutional order will be able to channel these political forces.