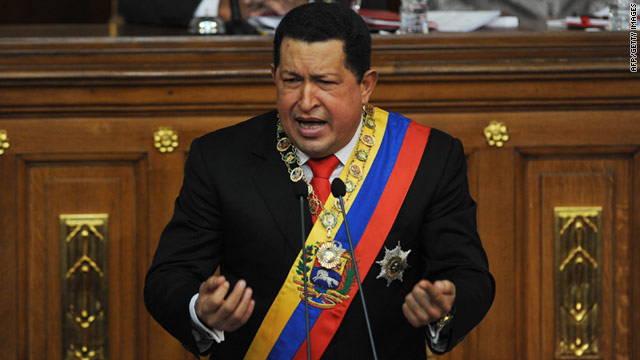 Caracas, Venezuela (CNN) -- Venezuelan President Hugo Chavez said Saturday he might be willing to return his decree powers early, lashing out at critics who contend the move was just a blatant grab for more power.

Chavez was granted the power in December to pass laws by decree for 18 months. He says he sought the powers in order to respond quickly to fallout from major floods, which left thousands of people homeless. But his critics say the maneuver was aimed at undermining the opposition and strengthening the president's grip on power.

Chavez was given the powers by Venezuela's lame-duck National Assembly under the so-called "Enabling Law."

"I'll return the Enabling Law. I'll give it back. I don't have any problem. I'll work harder and faster," he said.

The president said he may give the decree powers back as early as May.

Chavez made his comments during an address to a newly elected National Assembly, where he faces an emboldened opposition. Opposition parties, which boycotted the elections in 2005, now control 40% of the seats in parliament.

"In five months, we can carry out all the laws that we need to confront the emergency," he said, adding that some 120,000 people have been left homeless by the floods, according to the state news agency, AVN.

"What I need is justified. (It has been) criticized, but some people criticize everything," AVN reported the president as saying.

Chavez also welcomed members of the opposition and told them they have in their hands "a great responsibility," according to the news agency.

"I'm happy to see you here," AVN reported the president said. He urged opposition lawmakers to "sow seeds of harmony and dialogue."