Mexico announces capture of one of the founders of Los Zetas 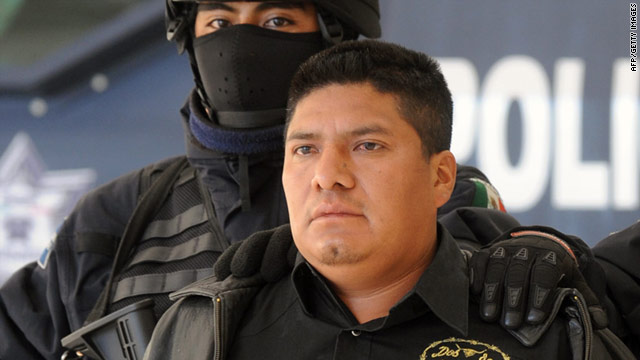 (CNN) -- One of Mexico's most-wanted fugitives, an original member of the violent Zetas drug cartel, has been arrested in southern Mexico, officials said Tuesday.

The Zetas is one of Mexico's major drug trafficking organizations, which are involved in various turf wars throughout the country that have resulted in thousands of violent killings.

Mendez, 35, was on a list of Mexico's 37 most-wanted fugitives. There was a 15 million peso ($1.2 million) reward for his capture. It was not immediately known if someone would claim that money.

Arrest warrants were out for Mendez in the states of Oaxaca, Chiapas, and the federal district where Mexico City sits.

He is being investigated for attempted murder, organized crime, and crimes against health, the ministry said.

At one time, he was the personal bodyguard for Osiel Cardenas Guillen, the now-imprisoned leader of the Gulf cartel. The Zetas were created as an enforcement arm of the Gulf cartel, but have since split into their own organization at odds with their former employers.

In 1993, Mendez was recruited as a founder of the Zetas. He rose to lead the group's informal spy network of "hawks" in northern Mexico, and most recently was in charge of cartel operations in southern Mexico, the ministry said.

He is also believed to be in charge of controlling the flow of illegal immigrants coming into Mexico from Central and South America.

Mendez was arrested together with Carlos Alejandro Rodriguez, his personal bodyguard.

The arrest is a blow to the Zetas operations, though the organization's top leadership, including bosses Heriberto Lazcano and Miguel Trevino, remain at large.

According to the government, there have been more than 34,600 drug-related deaths since President Felipe Calderon began a crackdown on cartels in December 2006.