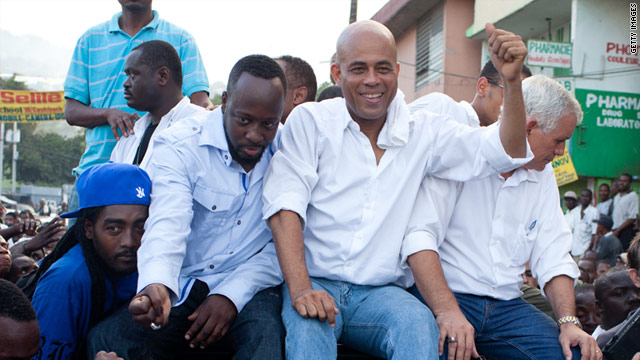 The announcement followed pressure from the United States and others on President Rene Preval to honor recommendations from the Organization of American States regarding the runoff election.

In early December, the electoral council announced that Manigat had won but lacked the majority of votes needed for an outright victory. Initial results put her in a runoff with Celestin, a protege of the president.

The third-place candidate, Martelly, claimed he had won more votes than Celestin and a review of results by an Organization of American States team supported that contention. That review suggested that Martelly earned a spot in the runoff.

When the initial results were announced, Haitians responded by charging fraud and burning cars, tires and Celestin's campaign headquarters in Port-au-Prince.

With Thursday's decision, the council accepted the findings of the review.

The vote is set for March 20. Final results will not be known until April 16, officials say.

U.S. Ambassador to Haiti Kenneth Merten told reporters in Washington that Thursday was "a good day in Haiti." Merten called for all of Haiti's politicians and people to remain "calm and peaceful" in the run-up to the second round of voting.

The attempts to resolve the political turmoil come as the toll in the nation's cholera outbreak surged past 4,000, the public health ministry said.

Nearly 216,000 people have been sickened and 4,131 had died as of January 28, according to the latest report posted by the ministry.

Struck by a massive earthquake a year ago, Haiti has been struggling to recover. Its troubles were compounded first by cholera and then by the controversy surrounding the November 28 presidential election.