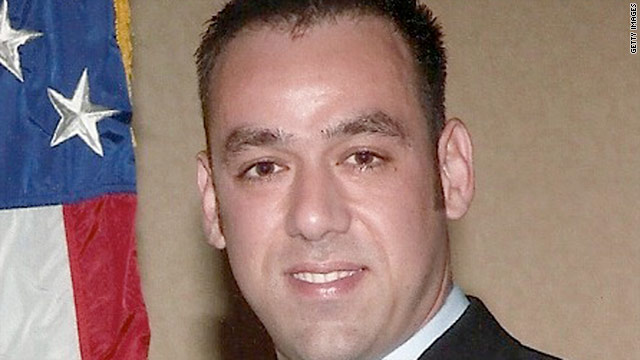 Washington (CNN) -- New information regarding the killing of a U.S. immigration agent in Mexico points to it being a sanctioned hit by the Zetas drug cartel and not a rogue incident, said Rep. Michael McCaul, R-Texas, who said he has been briefed by federal immigration officials.

U.S. Immigration and Customs Enforcement Special Agent Jaime Zapata was killed and another agent injured when they were ambushed on a highway in the Mexican state of San Luis Potosi this week.

McCaul, chairman of the Homeland Security Oversight and Investigations Subcommittee, said he has been receiving various reports on the incident and he provided new details on the shooting.

Zapata and Special Agent Victor Avila were driving back to Mexico City from a meeting with U.S. officials from Monterrey and stopped for sandwiches at a Subway shop in the city of San Luis Potosi, McCaul told CNN.

It is possible that the attackers began tracking them from that point, the congressman said.

Once on the highway, two vehicles carrying what are now believed to be members of the Zetas bracketed the agents' SUV, he said. The car in front of them braked, and the agents' vehicle made contact with it and went off the road, he said.

According to the reports McCaul has received, the agents put the car in park, which automatically unlocked the doors and which gave the assailants an opportunity to try to open the door. In the struggle to lock the doors, the SUV's window was partially rolled down.

Zapata and Avila told the 10-15 gunmen, "We're Americans, we're diplomats," according to McCaul. They responded by opening fire through the opening.

Investigators recovered 83 shell casings at the scene, he said.

"The question is whether they were rogue Zetas operating on their own, or if it was a sanctioned Zeta hit," McCaul said. New information, McCaul said, pointed to the latter.

It was unclear whether any of the information came from debriefings by Avila, who was recovering from his wounds after being discharged from the hospital Wednesday.

Earlier, Mexico's ambassador to the United States said his country will do everything it can to apprehend those who shot the two agents.

"Mexican law enforcement authorities and the Mexican government will do anything and everything in their power to find these individuals and swiftly bring them to justice," Ambassador Arturo Sarukhan said Wednesday.

His pledge came as the United States announced the formation of a joint task force to investigate Tuesday's shootings in Mexico.

The announcement came after Homeland Security Secretary Janet Napolitano met with Attorney General Eric Holder on Wednesday to discuss the attack on the two agents.

The FBI will lead the task force, composed of Justice and Homeland Security investigators.

"The murder of Special Agent Jaime Zapata and the shooting of another ICE agent provide a sad reminder of the dangers American law enforcement officers face every day," Holder said in the release. "Working with our Mexican counterparts, we have already launched an aggressive investigation, and this joint task force will ensure that every available resource is used to bring the perpetrators of this terrible crime to justice."

The agents were returning to Mexico City after meeting other U.S. personnel in San Luis Potosí, the Immigration and Customs Enforcement agency said Wednesday.

One official said the victims were the first Immigration and Customs Enforcement agents to be gunned down in Mexico. The agency said about 30 officers are assigned to its office in Mexico City; they work on a range of issues including drugs, weapons, currency and immigration.

Mexican officials also condemned the shootings, saying the implications could be grim.

"I think it's a serious escalation of the willingness of these syndicates to push back not only against the Mexican government's efforts to shut them down, but to the very important and very productive cooperation that we've unleashed with the United States." Sarukhan said.

Zapata joined the immigration agency in 2006 and was assigned to a Laredo, Texas, office, where he served on the Human Smuggling and Trafficking Unit and the Border Enforcement Security Task Force, according to the statement from the agency's director, John Morton. Zapata had been assigned to the agency's Attache Office at the U.S. Embassy in Mexico City.

Avila served on the agency's Human Smuggling and Trafficking Unit and Financial/Asset Forfeiture Unit based in El Paso, and was on temporary assignment in the country, ICE said.

Prior to joining the agency in 2004, Avila was a federal probation officer.