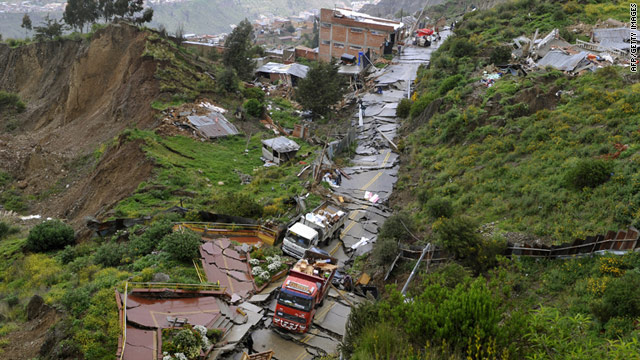 The mudslide left at least 800 families homeless, according to the ABI news agency's report, which did not mention any fatalities or injuries.

Bolivia's president called an emergency meeting of government ministers late Sunday to evaluate the damage left behind by the mudslide and declared the area an emergency zone.

During a visit at a school that served as a shelter Sunday night, Vice President Alvaro Garcia Linera pledged that the government would help victims rebuild.

"Many of you have lost the homes that you spent so much time and effort building, and I want to tell you that we are not going to abandon you," he said, according to ABI.