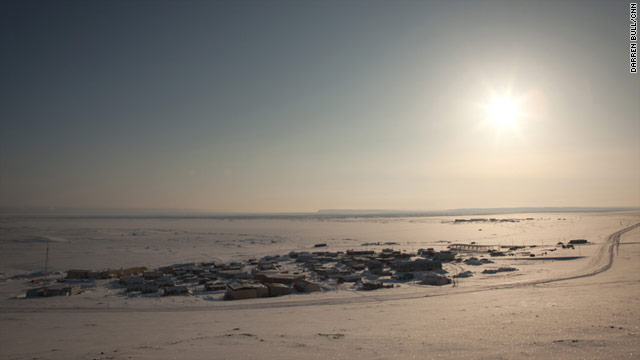 The U.N. weather agency says the degree of Arctic ozone destruction in 2011 is unprecedented but not unexpected.
STORY HIGHLIGHTS
RELATED TOPICS

(CNN) -- The depletion of the ozone layer over the Arctic region "has reached an unprecedented level," a loss of 40% from the beginning of the winter to late March, the U.N. weather agency said Tuesday.

The World Meteorological Organization blames the "record loss" on the "continuing presence of ozone-depleting substances in the atmosphere" and a "very cold winter in the stratosphere."

The ozone layer is the "shield that protects life on Earth from harmful levels of ultraviolet rays," the organization said.

"Even though this Arctic winter was warmer than average at ground level, it was colder in the stratosphere than for a normal Arctic winter," the agency said.

"Although the degree of Arctic ozone destruction in 2011 is unprecedented, it is not unexpected. Ozone scientists have foreseen that significant Arctic ozone loss is possible in the case of a cold and stable Arctic stratospheric winter."

The highest ozone losses previously recorded were about 30% over several winter seasons in the last two decades.

An international agreement -- the 1987 Montreal Protocol on Substances that Deplete the Ozone Layer -- has led to cuts in production of ozone-destroying chemicals.

"Without the Montreal Protocol, this year's ozone destruction would most likely have been worse. The slow recovery of the ozone layer is due to the fact that ozone-depleting substances stay in the atmosphere for several decades," the World Meteorological Organization said.

Ozone-depleting substances include chlorofluorocarbons and halons, once present in refrigerators, spray cans and fire extinguishers and which have been phased out under the 1987 Montreal Protocol.

Ultraviolet rays "have been linked to skin cancer, cataracts and damage to the human immune system. Some crops and forms of marine life can also suffer adverse effects," the U.N. agency said.

"The degree of ozone loss experienced in any particular winter depends on the meteorological conditions. The 2011 ozone loss shows that we have to remain vigilant and keep a close eye on the situation in the Arctic in the coming years," he said.

The meteorological conditions in the Arctic vary every year. "Some Arctic winters experience almost no ozone loss, whereas cold stratospheric temperatures in the Arctic lasting beyond the polar night can occasionally lead to substantial ozone loss," the agency said.