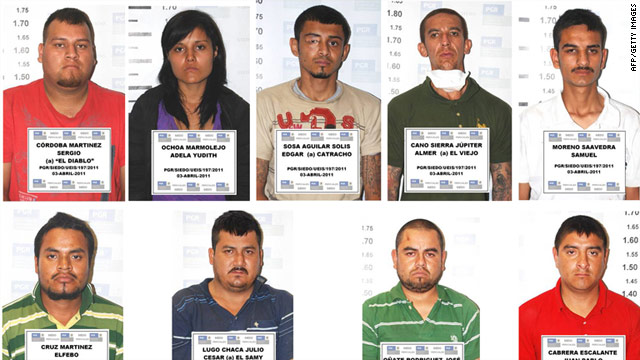 They had previously said they found 88.

Mexican Attorney General Marisela Morales told reporters that 17 suspects have been detained in connection with the killings, which she said were likely the responsibility of the Zetas drug cartel.

She said investigators are working to identify the dead and vowed to bring the guilty to justice.

Authorities began finding the graves earlier this month during an investigation into a report of the kidnapping of passengers from a bus in late March. The investigation led them to San Fernando, Tamaulipas -- the same place where in August of last year, the bodies of 72 immigrants were found at a ranch.

Ricardo Rivera, who lives in California, says his brother, Sergio, was kidnapped from a bus in Tamaulipas on March 25. He hasn't spoken to his brother since.

Nationwide, the Mexican government says there have been some 35,000 drug-related deaths since President Felipe Calderon began a crackdown on the cartels in December 2006.

"These reprehensible acts underline the cowardice and the total lack of scruples of the criminal organizations, which generate violence in our country, and especially in the state of Tamaulipas," Calderon's office said in a previous statement about the mass graves.