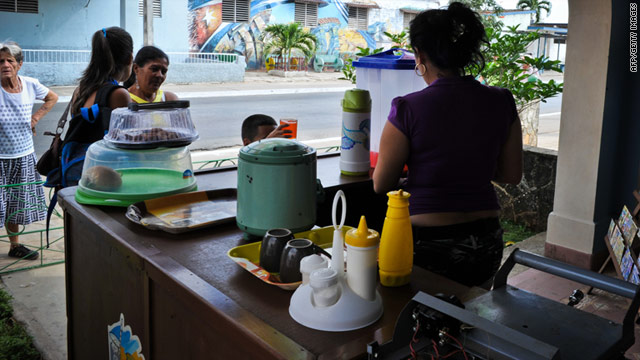 Havana, Cuba (CNN) -- The Cuban government has agreed to allow all private businesses to hire employees,­ something previously restricted to a limited number of occupations, state media said Tuesday.

A meeting of the Council of Ministers also approved a proposal to delay massive layoffs, Granma newspaper reported, without providing any details.

Last year, President Raul Castro announced the biggest shakeup to the Soviet-style economic model in decades. He said more than a million state jobs needed to be eliminated.

At the same time, he said more private enterprise would be allowed to help soak up some of the unemployed and provide new sources of income, via taxes, for depleted state coffers.

The government published a list of 178 private occupations that Cubans could hold, from running a private restaurant to working as a plumber to being a party clown. Of those, 83 of them could hire employees.

Now, the Council of Ministers has granted all small businesses the authority to hire employees and agreed to further loosen regulations on the self-employed, according to Granma. The newspaper said it would provide details at a later date.

More than 200,000 Cubans have bought licenses to open small businesses since October.

The plan for government layoffs was harshly criticized by Cubans worried that for the first time in 50 years they will no longer be guaranteed a job, no matter how small the salary.

Castro originally had said that half of the layoffs from state jobs would come by March of this year. He later announced that the layoffs would be delayed, without giving a new timetable.