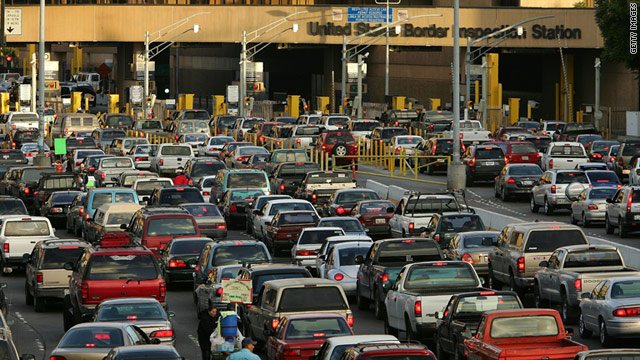 Both leaders were in Guatemala for a summit earlier this week.

"In Guatemala I protested to Secretary Clinton about the death of the Mexican in Tijuana," Calderon said via his Twitter account Wednesday night. "I demanded punishment for those responsible."

The president's strong words were "retweeted" by more than 100 others Wednesday night and Thursday, but many replied with criticisms.

"You protested for only one person? What about the more than 30,000 deaths in the entire country? No more bloodshed!" tweeted one user.

A State Department spokesman told CNN that "we regret the loss of life and take any such incidents seriously" but declined to comment on Calderon's interaction with Clinton.

San Diego police and FBI officials are investigating the fatal shooting of 40-year-old Jose Alfredo Yanez Reyes by a Border Patrol agent during a rock-throwing altercation at the border fence between San Diego and Tijuana, Mexico.

Yanez Reyes was shot in the left eye.

The name of the Border Patrol agent has not been released, though police identified him as a three-year veteran of the agency.