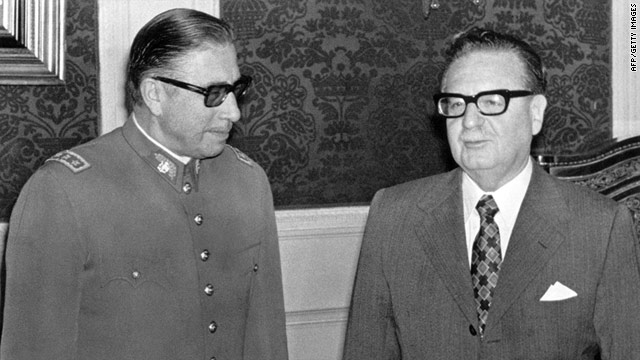 (CNN) -- Chile's Legal Medical Service confirmed Tuesday that the cause of President Salvador Allende's death in 1973 was suicide. A judge had ordered exhumation of the body as part of a human rights investigation.

Official accounts had described the leftist leader's death as a suicide, saying that he shot himself -- with a gun that was reportedly a gift from Fidel Castro -- as Gen. Augusto Pinochet's troops closed in on the presidential palace during a coup.

But some of Allende's supporters had long doubted that account.

"The analysis confirmed the cause of death established earlier, the manner of death (suicide) and the circumstances in which events happened in the context of the bombing of the La Moneda (presidential) Palace," the medical service, known as SML, said in a statement.

"We want to say, in clear and simple terms, that we have a great peace because this report concludes something that we had conviction in," she wrote on her website. "And the conclusion that the Allende family has is this: That President Allende, on September 11, 1973, under the extreme circumstances that he lived, made the decision to end his life rather than be humiliated or to live any other situation."

Officials revealed the findings to the former president's family Tuesday.

Allende's body was exhumed from the family's crypt at a Santiago cemetery in May 2011.