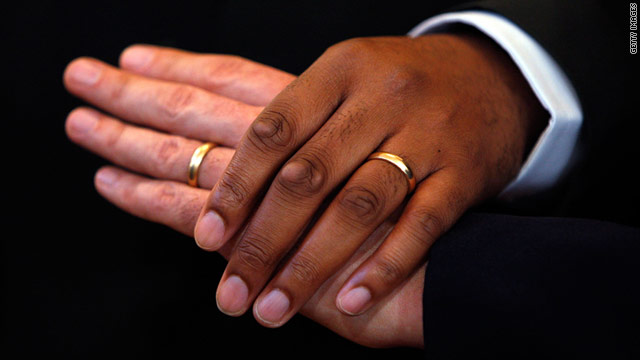 (CNN) -- The issue of marriage for same-sex couples is a legislative matter that must be taken up in Colombia's Congress, the nation's Constitutional Court ruled in a move that activists saw as a victory, though the outcome remains to be seen.

The court did rule on Tuesday that gay couples in de facto unions constitute a family. Gay-rights supporters celebrated the ruling in the streets.

The court gave the Congress two years to legislate the status of same-sex marriages. If the deadline passes with no legislation, then same-sex couples will be able to formalize their unions before a notary public, the court said.

"We would've preferred for the court, as guarantor of rights of minorities and in particular guarantor of equality, would have itself extended marriage to same-sex couples," Diana Guzman, a lawyer for an organization involved in the action, told CNN en Español. "Nonetheless, we think this ruling is a step forward."

Same-sex marriage initiatives have been brought up in the legislature before, but went nowhwere. Guzman said she hopes this time a bill will be taken more seriously.

Several Colombian churches had asked the court not to legalize same-sex marriage.