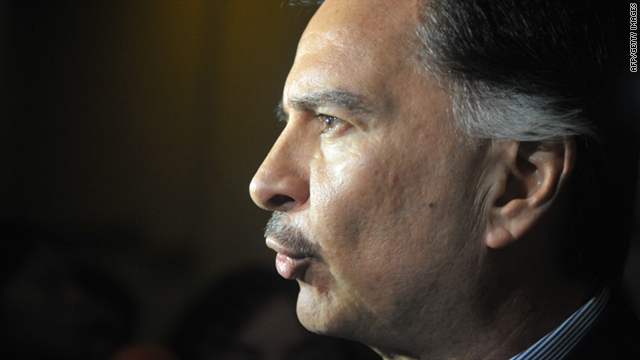 Portillo, who was president from 2000 to 2004, is accused of laundering $70 million through U.S. banks. He has repeatedly denied the accusations.

"We have maintained since the beginning that this is political persecution and it is easy to show it," said Telesforo Guerra, Portillo's attorney.

The Constitutional Court judges upheld Friday a previous court ruling authorizing the extradition of the former president and denied an appeal presented by his defense.

Current President Alvaro Colom will have the final say. He can either approve the court's ruling or pardon Portillo.

The court suggested Portillo be placed under house arrest while the president makes his decision on the case.

The U.S. Embassy in Guatemala welcomed the court's decision.

"We applaud the efforts made by the Constitutional Court, the Attorney General's Office and the International Commission against Impunity in Guatemala," the embassy said in a written statement. "This sends a strong message that nobody is above the law."

The U.S. indictment alleges Portillo embezzled the money with co-conspirators from about 2000 through about 2003.

Guatemalan courts have previously acquitted Portillo of embezzlement accusations -- a fact that angry supporters of the former president noted Saturday.

"He was declared innocent here in Guatemala and he is Guatemalan," Yaneth Perez said. "He must stay here in complete liberty because he is not a criminal."