Gates in Beijing to build on military ties 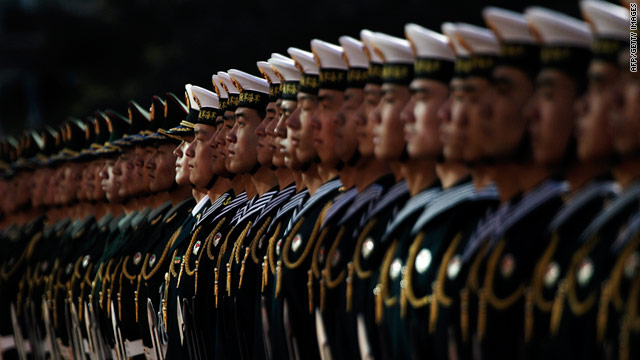 A Chinese honor guard stands to attention during a welcoming ceremony for U.S. Secretary of Defense Robert Gates.
STORY HIGHLIGHTS

(CNN) -- U.S. Defense Secretary Robert Gates held talks with his Chinese counterpart in Beijing on Monday on the first stop of his weeklong trip to Asia.

It is Gates' second visit to the country since he assumed the post in December 2006.

The trip is intended to deepen the military relationship between the United States and China -- a relationship that suffered a setback last year when Beijing objected to Washington's sale of defensive weapons to Taiwan.

Ahead of his arrival in Beijing, Gates told reporters traveling with him that he intended to discuss strategies and policies to avoid "miscalculations and misunderstandings and miscommunications."

"My own view is that a positive, constructive, comprehensive relationship between the United States and China is not just in the mutual interest of the two countries, but in the interests of the region, and I would say the globe," he said.

For his part, Chinese Defense Minister Liang Guanglie told Gates that the relationship will require efforts from both sides to resolve disagreements.

"The Sino-U.S. military relationship has new opportunities for development. It also faces challenges," Liang was quoted as saying by the state run Xinhua news agency.