India to cut troops in Kashmir over the next year 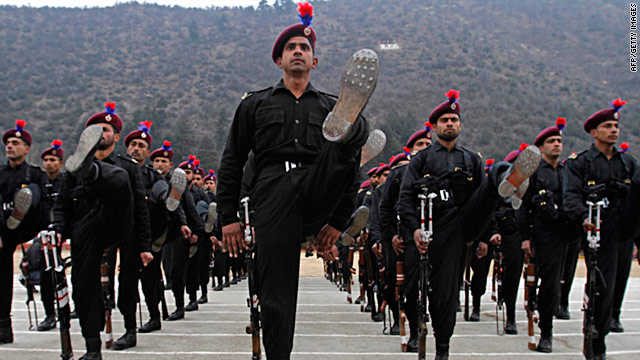 Claims on the Kashmir Valley have been a matter of dispute since the independence of India and Pakistan in 1947.
STORY HIGHLIGHTS
RELATED TOPICS

New Delhi, India (CNN) -- India plans to cut a fourth of its security forces in the Kashmir region under its control over the next 12 months, the country's home secretary said Friday.

G.K. Pillai said troop reduction will be carried out only in "populated areas" of the Himalayan territory, claimed in its entirety by India and Pakistan.

Security would not be scaled in zones such as along the borders, he said.

The Himalayan region, hit by a separatist revolt since 1989, is heavily guarded by Indian forces.

India approved an eight-point plan after violent street protests and appointed a group of interlocutors as part of confidence-building measures in Kashmir, its only Muslim-majority state.

"Space must be allowed for peaceful protests. Governance and delivery on the ground must improve. Visible presence of security forces must be reduced," the home ministry said in a statement after lawmakers met over Kashmir last month.

India, however, rules out any compromise with armed rebellion.

"The violence perpetrated by militants and infiltrators (from across borders) must be dealt with in a strong and resolute manner. On the other hand, the violence witnessed during protests by Jammu and Kashmir residents requires deft and sensitive handling," the statement said.

Most of the demonstrators want independence from India, while New Delhi has always said the unrest is fueled by Pakistani-sponsored extremists.

Claims on the Kashmir Valley have been a matter of dispute since the independence of India and Pakistan in 1947.

India deployed thousands of troops in Kashmir to guard against what it said was a Pakistan-backed insurgency that began in the late 1980s.

The insurgency, which claimed tens of thousands of lives, has waned but the troops have remained, fueling new waves of separatist unrest.