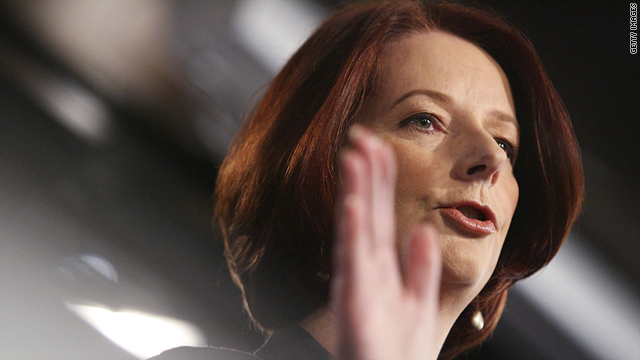 (CNN) -- The cost of repairing flood damage in Australia will top AUS $5.6 billion (US $5.58 billion), according to Prime Minister Julia Gillard, who proposed a one-year tax to help fund the reconstruction.

"The levy will apply only in the 2011-12 financial year ..." Gillard said. "People who were affected by the floods will not pay this levy."

Australia budget on track despite floods

Flooding in Australia, primarily in the state of Queensland, has affected more than 3 million people, making it one of the most costly disasters in the nation, the federal treasurer said over the weekend.

The floods have devastated crops, tourism, retail and manufacturing, and have disrupted major urban areas like Brisbane, according to Swan.

"One of the biggest casualties is likely to be our coal exports, with many mines shut down in big coal mining regions like the Bowen Basin, and supply chains severely hampered," Swan said. "While this will be partly offset by higher prices, the loss of production will be hit much harder."