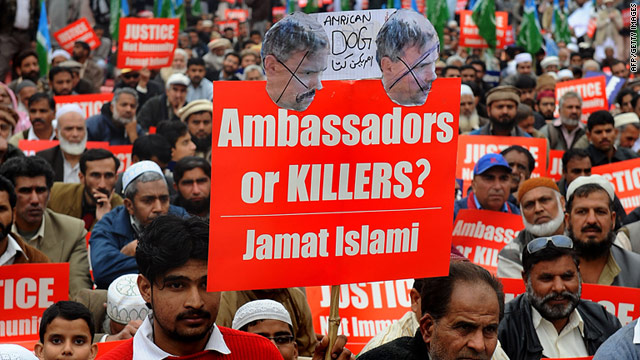 Islamabad, Pakistan (CNN) -- Another U.S. citizen has reportedly been detained by Pakistani authorities, according to a statement released Friday by the U.S. Embassy in Islamabad.

"We have seen press reports that an American citizen named Aaron Mark DeHaven has been detained by police in Peshawar," the statement noted. "We are arranging consular access through the Government of Pakistan."

No additional details can be confirmed until a U.S. government representative meets with DeHaven, the statement said.

Relations between the United States and Pakistan were recently strained by the detention of Raymond Davis, an American accused of killing two Pakistani men.

U.S. officials originally said Davis was a diplomat but later revealed that he is a CIA contractor.

Davis appeared in a Pakistani court Friday, where he was given documents detailing the case against him. Davis is expected to be formally charged on March 3.