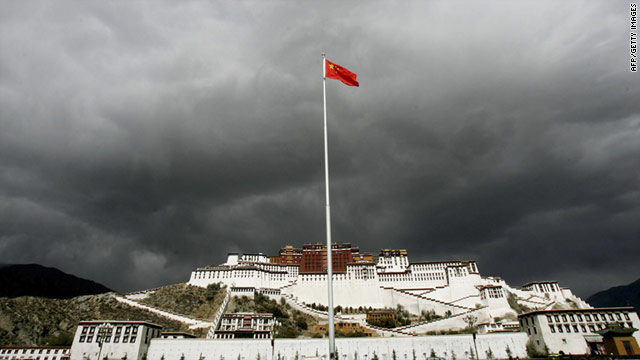 (CNN) -- Days ahead of another anniversary of the bloody Tibetan uprising -- and six decades after Communists took over the region -- Chinese government officials stressed the need for "stability" in the disputed territory while promising "reform" and infrastructure upgrades.

President Hu Jintao focused on spurring economic growth and increasing Beijing's investment in the region Sunday during a speech to Tibet's delegation to the Chinese national legislature.

"Meticulous efforts must be paid to the tasks of reform, development and stability to (bolster) development and maintain perennial stability in Tibet," Hu said, according to a report in the state-run Xinhua news agency.

These remarks were among a host of Tibet-centric announcements Sunday -- four days before March 10, which will mark 52 years since the start of the largest, and deadliest, clashes between independence-minded Tibetans and forces aligned with the central Communist government in Beijing.

That day in 1959, about 300,000 people surrounded Norbulinka palace, according to the advocacy group Free Tibet, fearful the Dalai Lama would be forcibly taken to Beijing. Tensions ratcheted up further and eventually exploded into violence, with Free Tibet estimating more than 85,000 Tibetans were killed by Chinese armed forces in a few days.

The Dalai Lama, then 23, escaped on horseback to India. Establishing a home in the hill town of Dharamsala, he also has travelled the world giving speeches, attended meditation conferences and met people from CEOs to Hollywood stars to heads of state -- all while remaining head of Tibet's government-in-exile. In 2009, 20 years after winning the Nobel Peace Prize, he said the Chinese government has made life "hell on Earth" for Tibetans ever since that foiled rebellion.

Yet, even as the Dalai Lama has said Tibet desires autonomy and cultural continuity but not necessarily full independence from Beijing, China's central government has viewed him as a troublemaker intent on destroying the nation's sovereignty.

Combating "anything that could sabotage stability" was a key theme Sunday for Zhang Qinli, the Beijing-backed Communist party chief of the Tibetan region, according to another Xinhua report.

Zhang said there were "very grave challenges" from separatists in Tibet, 60 years after what he called the "peaceful liberation" of Tibet by Communist forces led by Mao Zedong. He warned that Tibet "will not develop" economically without stability.

"The majority of the Tibetan people are unwilling to suffer from social unrest," Zhang said.

Hu and Zhang both touted a desire to jump-start development in the remote area, and several other officials offered specific proposals to that end.

Among them, China's transportation minister Li Shenglin said Sunday that all counties in Tibet would have paved roadways by 2015. While not giving a currency amount for the project's cost, he said Beijing would double its current investment -- so that almost all villages would be accessible via highways by adding 12,000 kilometers (7,500 miles) of blacktop, over the next five years.

A network of "expressways," too, should soon link the Tibetan cities of Lhasa, Xigaze, Nagqu, Shannan and Nyingchi, Li said in the Xinhua report.

Another official told the news agency that a new train line -- also to be built by 2015 -- would drastically cut travel time between the capitals of the provinces of ethnic Tibet and Xinjiang.

The creation of a new railway between Golmud in northwestern Qinghai province and Korla in Xinjiang would mean travelers between Lhasa, Tibet, and Urumqi, Xinjiang, would have to traverse 1,000 fewer kilometers (621 miles) in track than they now do.

"The new railway line will play a significant role in boosting the economic development in the country's western regions and promoting exchanges among different ethnic groups," said Luo Yulin, vice governor of Qinghai.