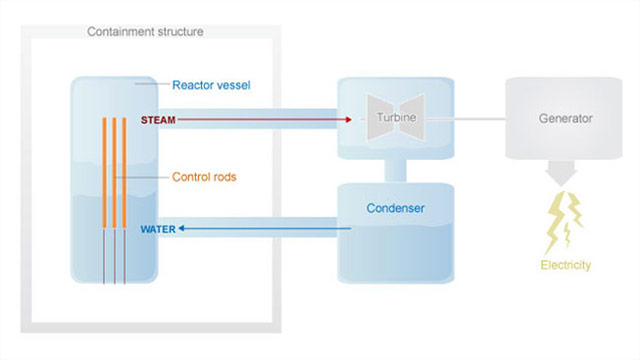 In a boiling water reactor, water heated by nuclear fission boils and turns into steam which powers a generator. The steam is then turned back into water by a condenser and used again.

The most common type of nuclear power reactor is a pressurised water reactor.