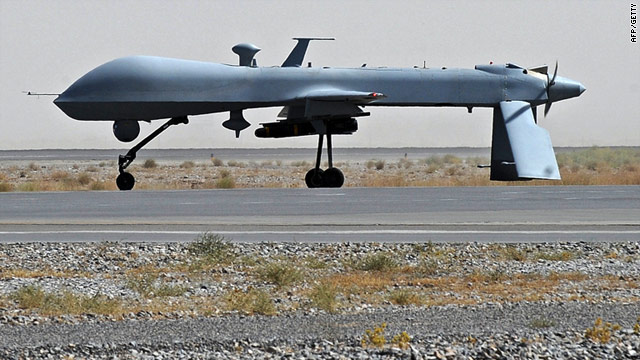 A file photograph of a U.S. Predator drone -- six militants were killed in Pakistan by an alleged drone strike on Monday..
STORY HIGHLIGHTS
RELATED TOPICS

Two intelligence officials said the drone fired two missiles on a militant hideout in the Miran Shah area of North Waziristan, one of the seven districts of Pakistan's volatile tribal region bordering Afghanistan.

Based on a CNN count, Monday's suspected drone strike was the 16th of the year compared to 111 in all of 2010.

U.S. officials rarely acknowledge publicly the CIA's secret drone program in Pakistan. Privately, U.S. officials say the covert strikes are legal and an effective tactic in the fight against extremists.