Officials: Suspected drone strike kills up to 30 in Pakistan

From Nasir Habib and Nick Walsh, For CNN 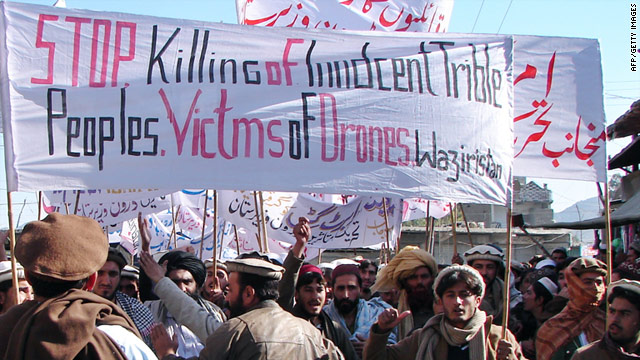 Two intelligence officials said the drone fired two missiles on the jirga meeting in the area of Data Khel of North Waziristan, one of the seven districts of Pakistan's volatile tribal region bordering Afghanistan.

One official said 30 died in the strike, while a second official said that 24 had died. There was no explanation for the discrepancy.

An additional 14 people were reported injured, including some civilians, the sources said.

The unusually high number of dead from the drone attack could fuel already high anger in Pakistan over American involvement there.

On Wednesday, Raymond Davis, a CIA contractor, was released after the payment of "blood money," causing an outrage among Pakistanis. The high casualty count of the suspected strike comes as protests are expected across the country in reaction to his release.

Based on a CNN count, Thursday's suspected drone strike was the 18th of the year, compared with 111 in all of 2010.