From Nick Paton Walsh and Nasir Habib, For CNN 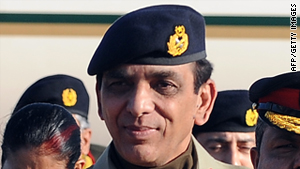 The attack also unleashed tribal fury, with regional elders vowing revenge on the United States for the strike.

Pakistan's prime minister and a military leader have already made harsh statements about the attack.

Two Pakistani intelligence officials said Friday the death toll had risen to 44, and that the majority of the dead were civilians.

Munter was told that such strikes are not only unacceptable but constitute "a flagrant violation of humanitarian norms and law," the ministry said.

"Pakistan should not be taken for granted nor treated as a client state," the ministry said.

Munter was also told that, under the current circumstances, Pakistan will not be able to participate in the upcoming trilateral meeting between Afghanistan, Pakistan, and the United States, scheduled for March 26.

Tribal elders from the region where the drone strike happened vowed to take revenge on America, saying they will unleash their family members as suicide bombers because of the drone strike.

"Americans don't spare us -- not our children, nor our elders, nor our younger," Malik Jalal Wazir, a tribal elder from North Waziristan, said in news conference. "That is why we have decided we will take blood revenge however we can."

A statement from the elders titled "Announcement of Jihad against America" said, "We have given permission to our loved ones to do suicide attacks against Americans. And we will take revenge so that Americans will remember it for centuries."

They added that the victims were civilians.

"None of the killed were linked to al Qaeda," they said.

The drone strike follows the controversial release of CIA contractor Raymond Davis, a U.S. agent acquitted of the double murder of two Pakistani men in Lahore after a total of $2.3 million was paid to the relatives of his victims.

That incident had already fueled talks of protests in Pakistan.

Based on a CNN count, Thursday's suspected drone strike was the 18th of the year, compared with 111 in all of 2010.