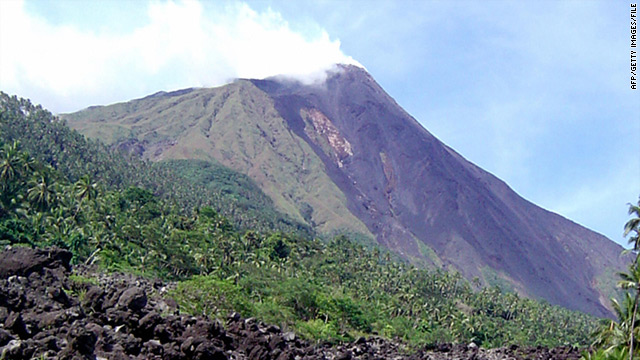 The evacuations were made from two villages near Mount Karangetang, on Siau Island, the country's National Disaster Management Agency said.

Local and national officials estimated the number of evacuees at between 800 - 1,200 people, with damage reported to a home, a church and some bridges.

The nearly 6,000-foot (1,827-meter) volcano is one of Indonesia's most active. An eruption in August killed four people.

Ash clouds from Mount Karangetang reached 7,500 feet (2,300 meters) over the weekend, with lava reported flowing down the mountainside.