At least 21 killed in Thailand flooding 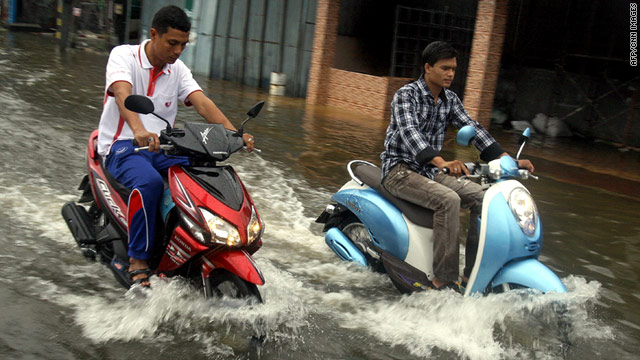 Bangkok, Thailand (CNN) -- At least 21 people are dead after flash floods swept through eight provinces in southern Thailand, according to the country's Interior Ministry.

Surat Thani, the largest of the southern provinces, has received 855 mm (34 inches) of rain since Saturday. The area typically gets 51 mm (2 inches) of rain during March.