Airline trying to rescue stranded tourists after floods in Thailand 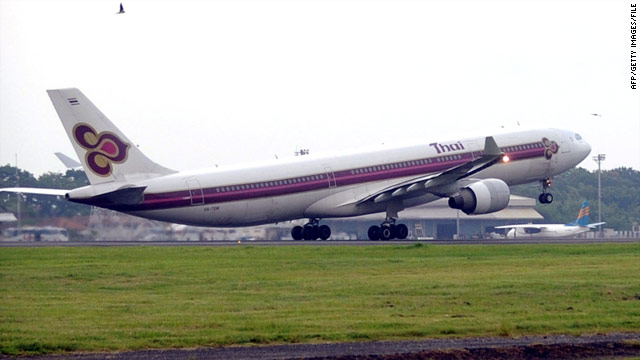 Thai Airways has added special flights to help people get out of flooded areas in southern Thailand.
STORY HIGHLIGHTS

The airline has added what it calls special flights to help get people out of the area, said Piyasvasti Amranand, Thai Airways president.

There were conflicting reports on the number of people who were killed in the floods. The Ministry of Public Health said 20 people were killed. The Interior Ministry said 21 were killed.

Surat Thani, the largest of the southern provinces, has received at least 855 mm (34 inches) of rain since Saturday. The area typically gets 51 mm (2 inches) of rain during March.

Rain was expected to continue in the area but begin to lighten, the Thai Meteorological Department said.