Attack on NATO base in Afghanistan fails 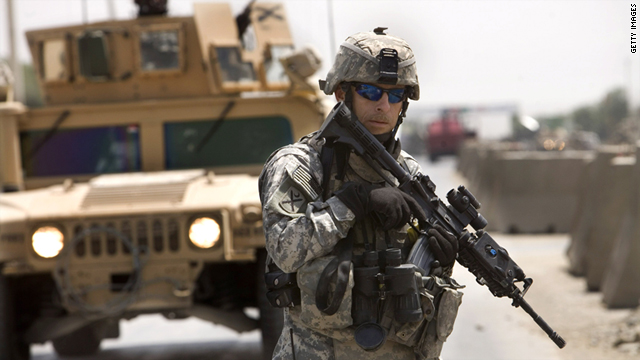 An American soldier stands guard near the site of a suicide bomb attack aimed at the U.S.-led coalition on July 31, 2007 in Kabul.
STORY HIGHLIGHTS
RELATED TOPICS

Kabul, Aghanistan (CNN) -- Three suicide attackers died Saturday in a strike on a NATO base in Afghanistan's capital, the Interior Ministry said.

The incident occurred at Camp Phoenix in Kabul.

Two of them detonated explosive devices near the base and another was shot and killed by police before he could set off bombs.

The attackers also carried small arms and rocket-propelled grenades before they were killed.

There were no other casualties reported by Afghanistan authorities. NATO's International Security Assistance Force did not have any immediate comment.