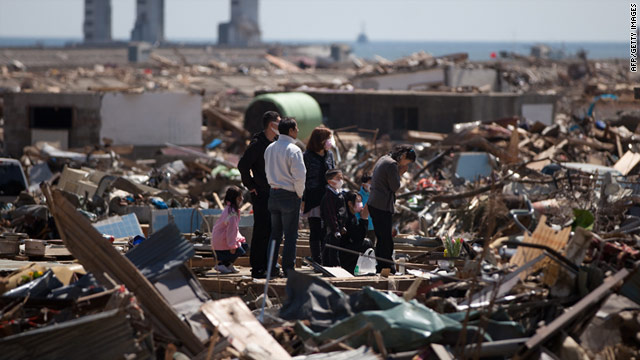 The death toll from Japan's earthquake and tsunami has risen to 13,843 people -- and 136,481 have been displaced, say police.
STORY HIGHLIGHTS
RELATED TOPICS

As of 10 a.m. (9 p.m. ET), another 14,030 remained missing, according to Japan's National Police Agency. Japanese police and troops are still combing the ruins of coastal villages in search of more bodies.

According to the agency, 136,481 have been displaced by the disasters.