Family of detained American pleads with North Korea for his release 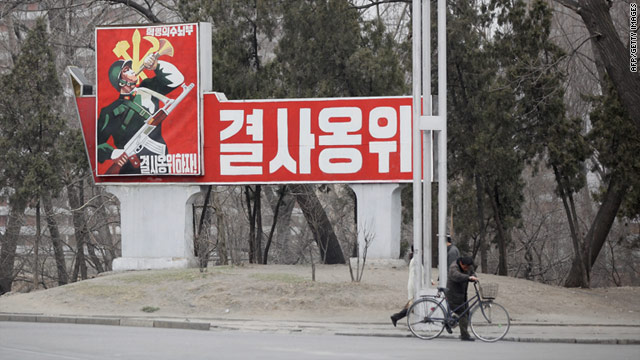 The plea for the detainee's release comes amid tension between North Korea and the West over Pyongyang's nuclear program.
STORY HIGHLIGHTS
RELATED TOPICS

(CNN) -- The family of an American man detained in North Korea has released an open letter to the reclusive nation, pleading for his release amid reports of his ill health.

"We write to plead for the humanitarian release of Eddie Yong Su Jun, our loving father and husband, who has been detained by the DPRK since November 2010," says the letter, thought to be the first communication from his family to the Democratic People's Republic of Korea. "We have recently received worrisome news that he has been hospitalized, and we are grateful to the DPRK for supplying him with medical attention. However, we remain extremely concerned about his sensitive health condition."

North Korea earlier this month identified Jun, saying he was arrested for "committing a crime against (North Korea) after entering it," according to the state-run KCNA news agency. Jun admitted his crime during an investigation, the news agency said, but did not specify what crime he allegedly committed.

PDF: Read the open letter to North Korea from the Jun family

Jun's family said in the letter that they are concerned his health would not withstand the stress of a trial or further detainment, and they issued a plea to North Korea to release him on humanitarian grounds.

"Eddie Jun is a devoted, loving husband and father, and we are very anxious to be reunited with him," the letter said.

Two State Department officials told CNN earlier this month that the man is a Korean-American businessman. One said he had a visa to enter North Korea. The officials said the State Department is working through the Swedish Embassy in Pyongyang in hopes of securing Jun's release.

Sweden represents American interests in North Korea, since the two nations do not have diplomatic relations.

In 2010, former President Jimmy Carter helped secure the release of Aijalon Mahli Gomes, a U.S. citizen who was fined about $600,000 and sentenced to eight years of hard labor for crossing over the Chinese border into North Korea. Gomes, who attempted suicide while in North Korean custody, was believed to be a Christian activist.

Two American journalists, Laura Ling and Euna Lee, who entered North Korea in March 2009 and were arrested and sentenced to 12 years hard labor, were released in August 2009 after an intervention by former President Bill Clinton.

Carter arrived in North Korea on Tuesday as part of the latest diplomatic effort to restart talks between North and South Korea, according to state media. He is traveling with former Finnish President Martti Ahtisaari, former Irish President Mary Robinson and former Norwegian Prime Minister Gro Brundtland. The group is collectively known as "The Elders," an independent group of global leaders founded by former South African President Nelson Mandela.

Carter, 3 other ex-leaders to push for renewed Koreas talks

The Elders expect to meet with ailing North Korean leader Kim Jong Il, along with other senior officials and diplomats. They are supposed to spend three days in Pyongyang before flying to Seoul on Thursday.

It was not known how Carter's visit might affect Jun's detention.