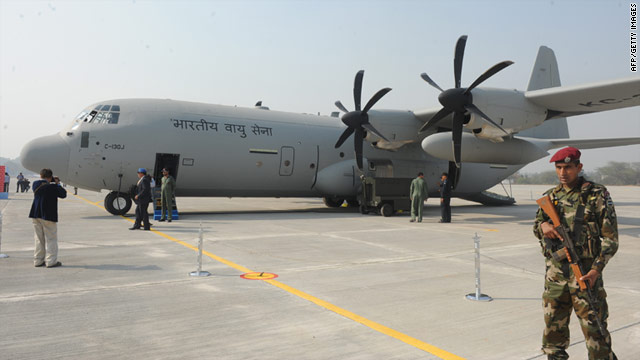 "Boeing and Lockheed have been eliminated in the elimination round (of the bidding)," Kar said.

The process to acquire advanced fighter jets may be completed by the end of the current fiscal year, he added.

Earlier Thursday, the U.S. Ambassador to India Timothy Roemer announced his decision to quit the post in June for what an embassy statement called "personal, professional and family considerations."

Hours later, Roemer expressed his disappointment at India's rejection of U.S. firms for what is believed to be one of the largest fighter-jet contracts.

"We are reviewing the documents received from the government of India and are respectful of the procurement process.

"We are, however, deeply disappointed by this news. We look forward to continuing to grow and develop our defense partnership with India and remain convinced that the United States offers our defense partners around the globe the world's most advanced and reliable technology," he said in his second statement of the day.

India and the United States signed a new framework for their defense relationship in 2005 that also covered trade and technology transfer and collaboration to boost military ties.

In recent years, India has procured defense equipment worth about $4 billion from the United States, including C130J aircraft and P8I maritime surveillance aircraft, according to information posted on the website of the External Affairs Ministry.

Ties between the two nations have warmed over the past decade, especially after President Bill Clinton's visit to India in March 2000.

A landmark civil nuclear cooperation deal that New Delhi and Washington agreed to later during the George W. Bush presidency took the relationship to new heights as it ended energy-hungry, but rapidly-growing India's decades-old nuclear isolation.

India has been placed high on Obama's goal list to build what he called a "defining" partnership.