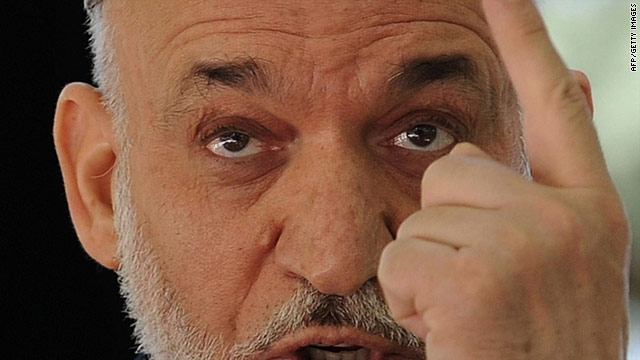 The statement came three days after an airstrike killed 14 civilians in southern Afghanistan, according to Afghan officials.

"This is my last warning to the NATO forces: No more attacks on the homes of Afghans will be allowed," Karzai told reporters.

Army Gen. David Petraeus, commander of NATO-led troops in Afghanistan, joined two other generals in offering "sincere apologies" Monday for the airstrike that killed nine civilians in Helmand province. There was no immediate explanation for the disparity between this figure and Karzai's account of 14 killed: 10 children, two women and two men.

Maj. Gen. John Toolan, head of NATO's International Security Assistance Force command in southwest Afghanistan, pleaded with Afghans to not only forgive, but to also work with coalition forces in hopes of bolstering their security.

Karzai said Tuesday that the international community has turned the war against terrorism into political objectives.

"They seek their own interest and played politics," Karzai said. "... If they were fighting against terrorism as the Afghans were honestly advising them, if they were focusing (on) the terrorism sanctuaries ... this war would have been more successful."