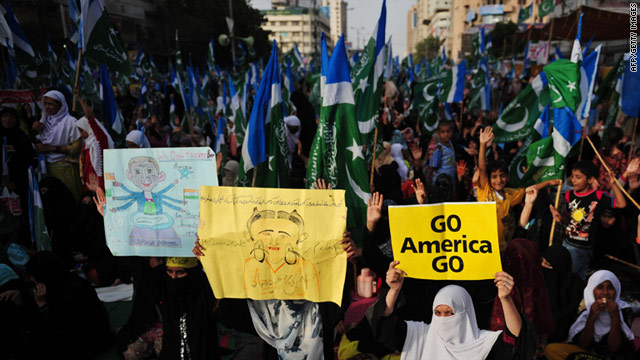 The officials, who spoke on condition of anonymity because they were not authorized to speak to the media, said all 21 were militants. However, witnesses told CNN affiliate GEO-TV at the scene that among the dead were seven civilians.

A suspected drone fired at two alleged militant hideoutsin South Waziristan, one of the seven districts of Pakistan's volatile tribal region bordering Afghanistan. It was the second such series of strikes since Friday in the same area, officials said.

Four missiles struck two hideouts in the village of Wacha Dana, killing nine insurgents in one attack and eight in another, said the officials,

A fifth missile struck a vehicle being driven by a suspected militant near the village of Shawal, the officials said.

Based on a count by CNN's Islamabad bureau, Monday's suspected drone strike was the 31st this year, compared to 111 in all of 2010.

The U.S. contends insurgents routinely launch attacks from the Pakistani tribal region into Afghanistan, crossing the border to resupply militants with money and weapons.